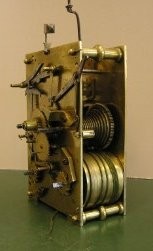 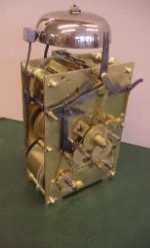 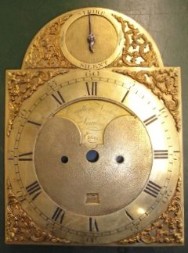 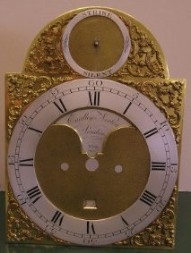 These photos show an 8 day, striking, English spring driven table clock by Eardley Norton. It has a brass break arch dial and silvered chapter rings which needed some restoration. Eardley Norton was a clock maker in St James’s Street, Clerkenwell, London from1760 and was renowned for making fine musical and astronomical clocks.

This series of photographs shows the clock movement and dial before and after I carried out a full restoration to it's original condition. In addition to my normal Servicing I also manufactured several missing components then polished and re-silvered the dial. 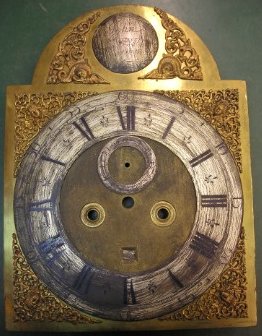 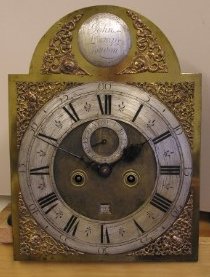 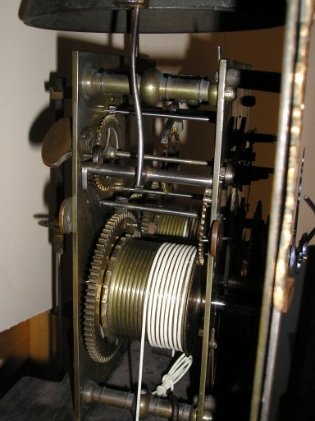 This clock is an 8 day English longcase clock dating from around 1730, manufactured by John Lampe of London. Lampe was a Member of the Worshipful Company of Clock Makers 1714-1765.
The owner of this clock wanted it to be conserved as much as possible but returned to full working order. This means that the clock was not polished or brightened but merely cleaned of any contaminants that would cause wear or deterioration within the clock itself. The dial was not re-silvered or polished and retains its original character although after sympathetic cleaning it has become easier to read. The movement itself was de-greased but the patina and tarnish was left in place as removing this would take away some of the original fabric of the clock. The last image is that of the hour hand; as the original was missing entirely I hand crafted a replacement taking the design from a pattern known to be used around the time the clock was originally manufactured.

Jam Roll, is the name given to the Rolls Royce car, presented to Lord Baden-Powell at the 1929 world Scout Jamboree. In recent years the car has been bought out of private ownership by a consortium of Scout related people, one of whom is the Grandson of Baden-Powell himself. The car is currently housed at Rolls Royce where it has undergone extensive restoration work.

Part of the restoration work was the repair and conservation of the car dash board clock, a priceless piece of history, which was undertaken with love, care and attention to detail, as is the case with all the work undertaken at J A Alcock & Son. It was an honour and a privilege to be asked to undertake work on this after a lifelong commitment to the scouting movement.

At first glance the clock did not appear to be in bad working order; in fact it was even ticking when it was taken on. Unfortunately this very soon proved to be a misleading indication. Once the movement was disassembled it was found that the main spring had broken in to several pieces and that the original hooking had at some time been damaged and badly repaired by soft soldering the main spring to the barrel wall. This led to the search for a new main spring, and the replacement of the barrel hooking for the spring to fit onto. The rest of the clock was cleaned and the intermediate and fourth wheels bushed. The platform escapement was inspected thoroughly and found to have no damage. The clock was then reassembled and lubricated before an extensive testing period was undertaken.

Finally, in late March 2012, the clock was replaced in the dash board of the car; a proud moment for both the Rolls Royce heritage team, the owners of the car and J A Alcock & Son.  For more information on the Jam Roll project please follow the link to the Jam Roll home page.

The images on display for this project include, the complete clock movement in pieces before it was cleaned. The remains of the old main spring, which fortunately caused no damage when it failed. The movement being assembled after cleaning and repair work and the movement fully assembled and working. The pictures below show the clock being refitted to the car dash board and the clock in position and telling the correct time. J A Alcock & Son would like to thank Linda Riley for taking the refitting photographs and consenting to them being published. 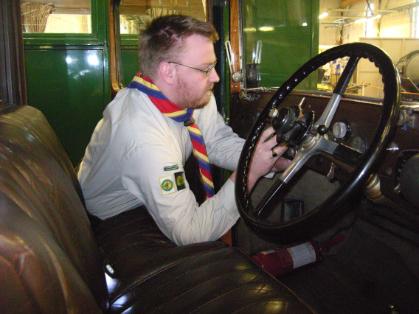 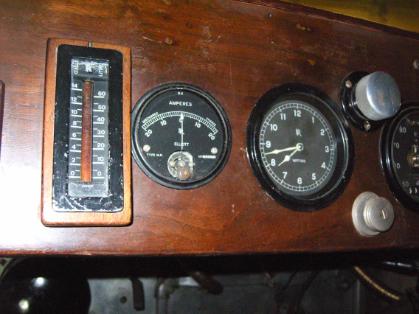